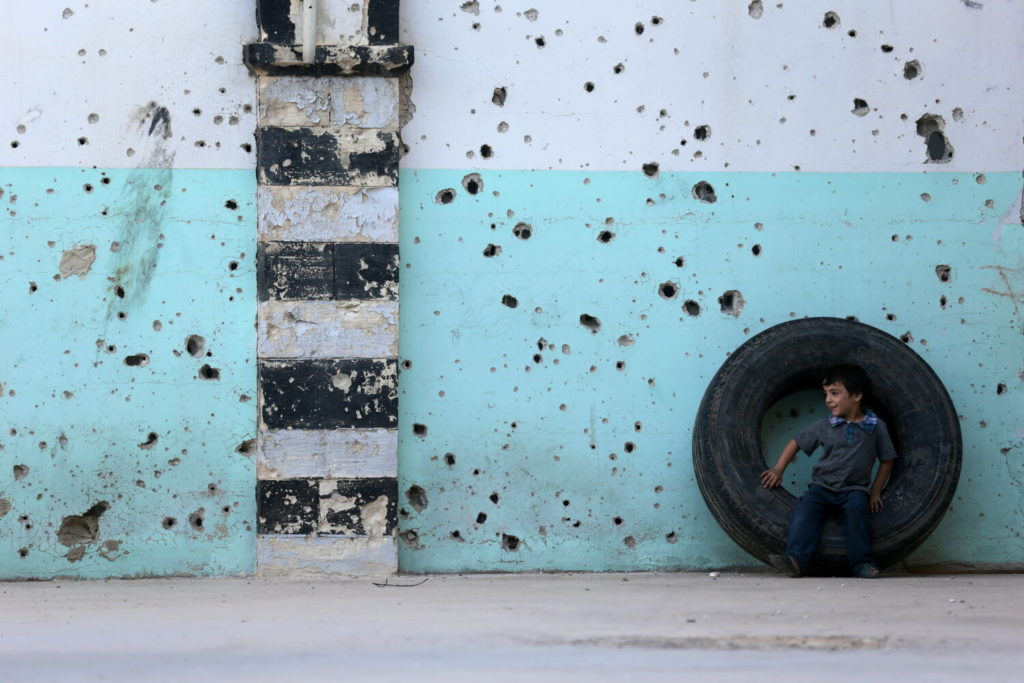 Photo by Bassam Khabieh, photographer and author of Witnesses to War: The Children of Syria. 4 October 2014, in Douma, Syria. A boy sits on a tire in front of a mosque’s bullet-riddled facade on the first day of the Eid al-Adha holy day.

The year 2021 marked another record year for Justice Rapid Response in terms of demand for support, number of experts deployed, new partnerships, and milestone convictions following years of investigative support, the organization announced in its recently released annual report.

One area of focus for the year was on the importance of giving child rights expertise a central role at the outset of all investigations. The organization achieved this by recruiting and deploying child rights experts, as well as by reinforcing its work with Save the Children, and through two high-level events raising awareness on the issue.

Justice Rapid Response’s strategy on integrating sexual and gender-based violence expertise into the planning stages of investigations continued to influence the focus of a host of international justice processes, and nearly half of its 87 deployments throughout the year were on this topic.

“We saw ever-increasing demand from national and international justice processes, as well as civil society organizations, for expert investigative support,” said Nina Suomalainen, Executive Director of Justice Rapid Response. “We strove to support as many of these requests from our partners as possible, to the highest standard, in support of justice and accountability for survivors and victims.”

In 2021, the organization also marked the five-hundredth deployment of an expert since it was established in 2009. 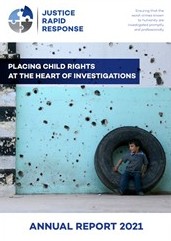 Click here to find out more about our activities in the 2021 Annual Report.