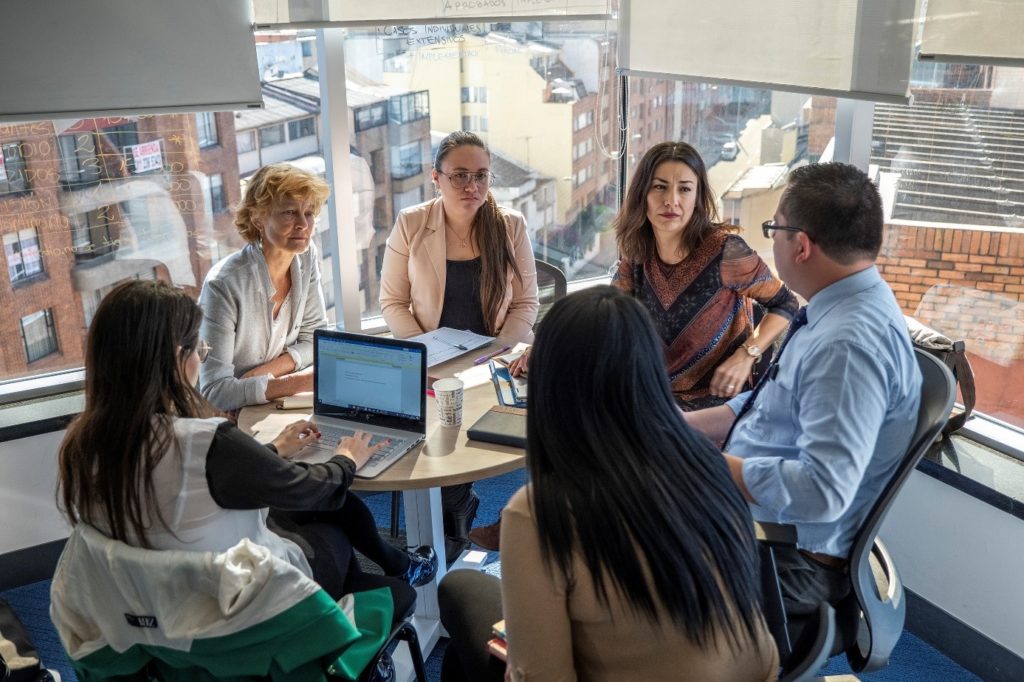 Colombia is innovating and breaking new ground in addressing SGBV crimes committed during its 50-year conflict.

There have been countless victims of sexual and gender-based violence (SGBV) crimes in Colombia over the course of its 50-year conflict. The country has established a special court, the Special Jurisdiction for Peace (Jurisdicción Especial para la Paz – JEP), and given it an initial 15-year mandate to investigate and prosecute the worst crimes that were committed during the conflict, including SGBV crimes.

Justice Rapid Response has deployed seven missions to the JEP in 2019 and 2020. Experts have shared their experiences in international criminal justice issues including the management and analysis of large amounts of evidence and data for building criminal cases, as well as the protection of victims and witnesses, and victim participation in judicial processes.

“For the JEP to see results in the truth finding and possible prosecution of SGBV crimes, the participation of victims is indispensable,” said Agnes Wagenaar, Justice Rapid Response expert and lawyer specialized in witness protection. Victims may have concerns about their safety and fear reprisals and stigma, or they may not even be aware that the JEP exists to offer a path to justice.

“Sexual and gender-based violence is a crime that not many people in Colombia know about and one of our roles at the Jurisdicción Especial para la Paz is to shed light on the scope of these crimes and to investigate and punish those responsible,” said Alexandra Sandoval Mantilla, Judge of the Chamber of Amnesties or Pardons and Chairperson of the Gender Equality Commission at the JEP.

Many SGBV victims in Colombia may want some protective measures in order to participate in the justice process, said Agnes Wagenaar. “If victims receive identity codes to protect their identities from the media and the public and if they receive other measures like shielding of their face and their voice, this might greatly enhance the participation of victims at the JEP,” she said.

However, a legal pathway alone is insufficient to provide justice to the victims of sexual violence crimes.

“Justice is not only a judgment and a resolution. It has to help victims to heal some of the psychological damage that they suffered,” Judge Sandoval said. “We need to provide lawyers for the victims and also psychological support in order to give them the capacity to participate in the process.”

The psychosocial impact of sexual violence is very hard for victims, according to Gina Donoso, a Justice Rapid Response expert in psychosocial support.

“When SGBV trauma is left untreated, it can affect family members for second and third generations,” she said.

Both Ms. Donoso and Ms. Wagenaar agreed that the JEP is innovative in its sensitivity to the needs of victims and psychosocial themes.

“The international tribunals already have victims participate in their processes. However, the victims are never central. What they are doing here in Colombia, at the Special Jurisdiction for Peace, is that the victims really come first,” said Ms. Wagenaar.

These missions and this article were made possible with the support of the Government of Canada’s Peace and Stabilization Operations Program.