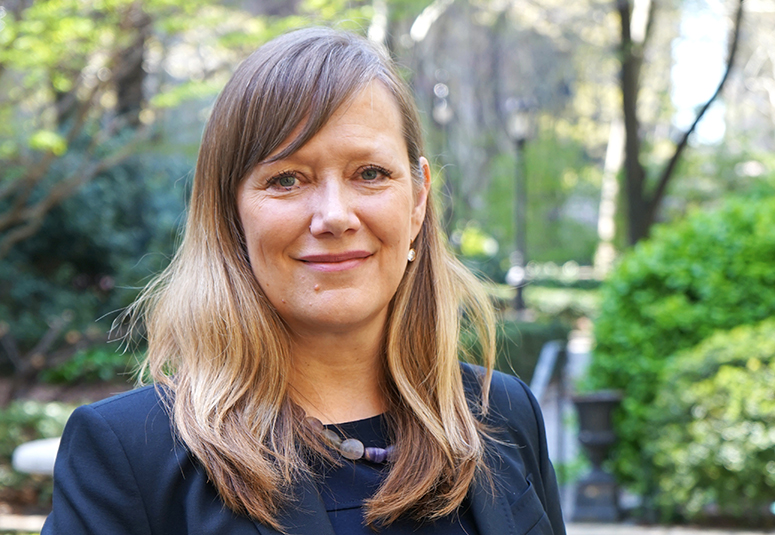 Justice Rapid Response recently advertised, for the first time, the need for digital and information technology experts in the call for nominations to its Roster recruitment course. This expansion into other disciplines hinges on the international community’s need to properly investigate and document international core crimes and serious human rights violations. We sat down with Nina Suomalainen, Justice Rapid Response’s Executive Director, to find out more about these evolving Roster needs.

The Justice Rapid Response Roster already consists of a wide range of professional specializations, why are you now looking to expand to information technology?

Information technology is a core staffing need of all organizations and businesses these days – so why should human rights be any different? The challenge for human rights investigations is how to find highly skilled digital and IT specialists who also understand the special needs of international law and human rights operations, and this is where we are hoping to make a contribution to the field.

When did Justice Rapid Response see this need grow?

In part, there is now huge attention on so–called ‘citizen journalism’ and the use of social media, in which anybody equipped with a mobile phone can document activities or incidents in their surroundings. In some cases, human rights atrocities and crimes have even been documented as they take place. This material can be of use to investigators looking for evidence of abuses. This trend, combined with the use of open source technology, means that for the last few years a whole category of evidence has been emerging in human rights investigations. There are however a number of challenges, such as how to authenticate this evidence to ensure its credibility.

Justice Rapid Response hasn’t so much witnessed a significant demand yet, but we see a lot of interest in this area – and a lot of potential. As we are a go-to organization for identifying and finding expertise for documentation and investigation of atrocity crimes, we want to also build up a community of expertise for using technology in investigations, so that it is more easily available for international investigations as well as national prosecutions.

Can you give us an example of a case using new technology?

There is one example that was prominent in the media last year and combined digital forensics with open source technology for investigations. It was an atrocity that was alleged to have taken place in Cameroon. A video began circulating on social media in July 2018 showing soldiers shooting and killing two women and two children. The Cameroonian government denied that the perpetrators could be soldiers from its army. By combing through open source satellite imagery available on Google Earth, as well as various other online tools, BBC researchers drew on crowdsourced technical support to geolocate the crime to the outskirts of a town in Northern Cameroon. They were able to home in on the time of year and season, eventually concluding that the murder occurred between 20 March and 5 April 2015. Following this report, the government of Cameroon announced that seven soldiers had been arrested and put under investigation. Amnesty International was also involved in early research into this case.

How would the Justice Rapid Response roles apply to such cases?

We are now looking to find professionals with digital, database and IT expertise to supply our Roster with experts, who could then be contracted by international missions of inquiry or tribunals, or national institutions such as prosecutions or investigative bodies. Digital forensic expertise is needed for using widely available data and imagery and verifying it against various sources. Such experts are particularly hard to find. There is also a need to then connect and familiarize these experts with the specificities in the field of human rights investigations.

General IT and database expertise is needed as it helps address the challenges of safe storage and controlled sharing of investigation data. Developing databases that can be used for criminal investigations requires not only technical expertise, but also professionals who understand the sensitive and confidential nature of cases and how to organize information in a way that makes sense to a case.

Does Justice Rapid Response plan to add a significant number of such experts to its Roster?

We are at the beginning of this process. Our ambition is to become the go-to source for the relevant technological expertise related to addressing international core crimes. For the moment, we are looking to add these profiles to our Roster to support what we think will be a growing need, as well as engaging in consultations with partner organizations and institutions that can benefit from this expertise. This may take some time to build as generally for each type of profile we need to have 10 potential candidates ready in order to find one who can be readily deployed.