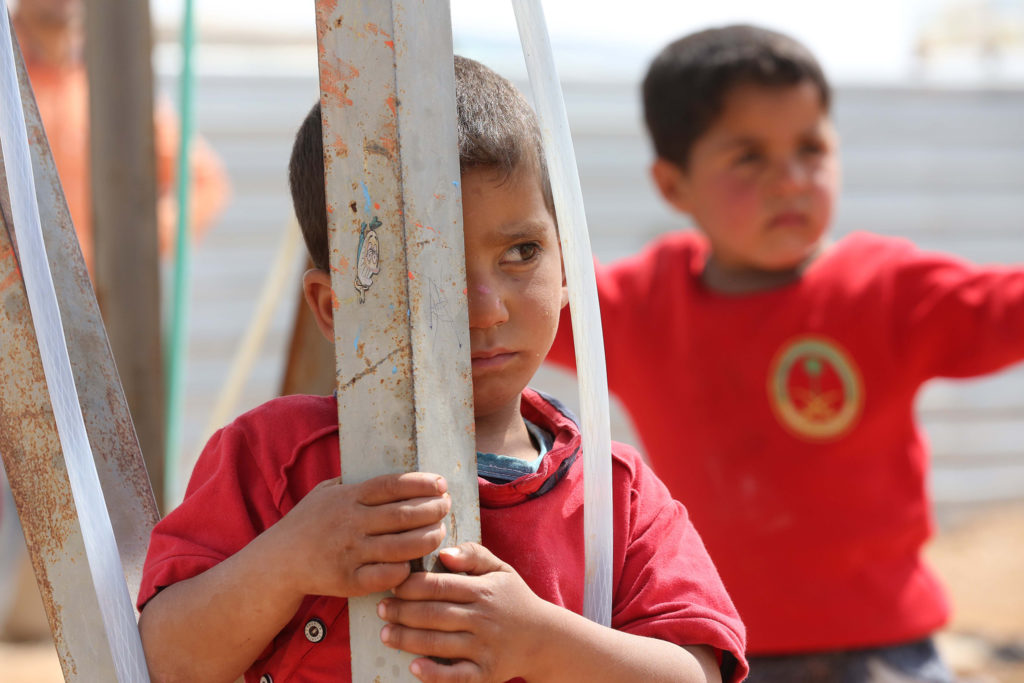 There has been a disturbing increase in violence perpetrated against children in conflicts worldwide, coupled with almost total impunity.

A crucial step towards stemming this deplorable trend is to strengthen accountability for child rights violations and to deter would-be perpetrators. This requires specialized child rights investigations, established and backed by the international community.

Child victims and survivors of human rights violations have unique needs and face different challenges than adult populations in achieving access to justice.

At Justice Rapid Response – a facility of more than 700 experts ready to be deployed to investigate international crimes – we have been building up our roster to include child rights experts to help bolster the ability of international justice mechanisms to address these needs.

A recent report by the Independent International Commission of Inquiry on Syria, focusing on child rights violations, highlights the need for investigations that deliver accountability.

The report documents the devastating consequences of the conflict in Syria on children. They have been killed and maimed, and subjected to myriad violations by warring parties since 2011. Rape and sexual violence have been used repeatedly against men, women, boys and girls as a tool to punish, humiliate and instill fear.

While there have been significant advances in the development of international legal instruments and standards to uphold child rights, much still needs to be done to ensure these obligations are enforced.

But as the conflict rages on in Syria, recommendations from the Commission of Inquiry risk falling on deaf ears.

The Commission, in its report, urges all parties in the conflict to respect the special protection to which children are entitled under international humanitarian and human rights law, and to ensure accountability for violations that have already occurred.

It also makes a series of recommendations on increasing the support for children who have suffered abuses.

In the context of Syria, there are limited avenues for bringing justice to the conflict’s victims. And even when those do exist, there are several barriers blocking children from participating safely in justice processes.

Child rights expertise was, however, central to the Commission of Inquiry’s documentation, analysis and reporting of crimes against children and its subsequent child-specific recommendations. This is helping to lay the foundations for evidence that can be used by future international justice mechanisms.

The findings of the Commission of Inquiry on Syria reveal part of a global crisis of child rights violations in conflict. According to a Save the Children report released last year, more than 420 million children worldwide – nearly one in five children – were living in ‘conflict zones’ or ‘conflict-affected areas’ in 2017, an increase of nearly 30 million children over the previous year.

The number of children living in conflict-affected areas has increased drastically since the end of the Cold War, states the report, due to increased incidence of armed violence in more urban settings, as well as numerous long-running conflicts.

Children are known to suffer disproportionately from the effects of conflict, yet there are still massive gaps in the availability of child-specific data to paint a clearer picture of their plight.

Fact-finding missions and commissions of inquiry – established by the Human Rights Council or General Assembly to investigate human rights violations – rarely include a specific focus on child rights violations in their mandate or team composition.

As a result, grave violations involving children can occur untracked. This makes it challenging to respond in time to protect child victims and survivors, and harder still to hold perpetrators to account.

Exposing patterns of crimes involving children paves the way to accountability. However, the process of documenting and investigating these crimes presents unique challenges to avoid inflicting further trauma or harm to children.

Frequently deep-rooted gender biases against women and girls can also further impede the effectiveness and sensitivity of investigative and judicial authorities.

The limited international capacity for investigating conflict-related violence must not continue to block justice for child victims. Impunity for crimes involving children is a grim prospect for humanity. It not only has a destructive effect on individual child victims, but it also fuels grievances that inflame and perpetuate conflicts across generations.

In Syria, the situation is so dire that humanitarian organizations have trouble keeping count of the exact number of child casualties amid the chaos. While it is too late to bring back lives and years of childhoods lost, together we still have a chance to salve a collective and festering wound by bringing some amount of justice for child survivors.

The international community must not miss this opportunity.