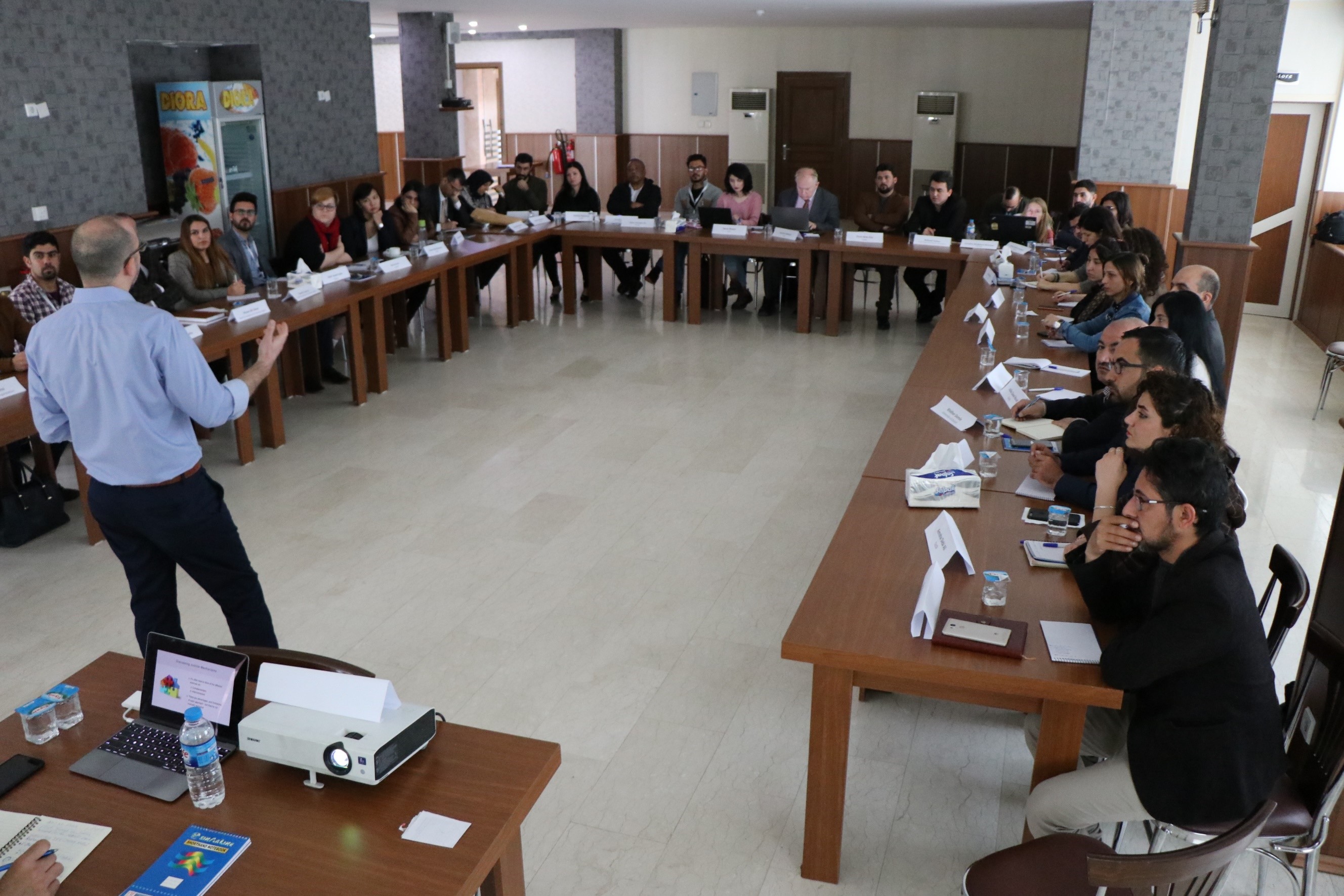 Legal expert Eliott Behar leads a workshop with civil society organizations in Duhok, Iraq
The creation of a hybrid tribunal can play a crucial role in bringing justice to the Yazidi, agreed participants of a workshop convened in Duhok, Iraq, by Yazda, a civil society organization aimed at raising international awareness about the genocide and protecting the Yazidi people.

The discussion on 4 April was led by Eliott Behar, a legal expert deployed to Yazda by Justice Rapid Response, with the aim of defining some long-term legal strategies with community representatives, local NGO partners and international organizations.
The workshop specifically sought to identify potential means for obtaining justice for crimes committed against the Yazidis – including sexual and gender-based violence – and how to best coordinate such approaches to hold perpetrators of the crimes accountable.

“This discussion was an important step towards collaboration between the organizations on the ground that are documenting and investigating crimes against Yazidis and other minority groups,” said Mr. Behar. “It was a first step in ensuring that their efforts are carried out in a complementary manner so that their work is as effective as possible.”

Participants reached the consensus that – based on the limitations in the Iraqi penal code as it pertains to genocide, crimes against humanity, war crimes and crimes of sexual violence – a hybrid tribunal is the most appropriate path to justice for the Yazidi genocide. But expectations must remain realistic.

“The creation of a hybrid tribunal faces a number of obstacles and would require significant international support,” said Mr. Behar. “While that’s being pursued, significant strides can be made in pursuing other justice pathways, including universal jurisdiction prosecutions.”

The aim of the workshop was to facilitate an increased understanding about potential mechanisms for investigation and prosecution among a broad range of domestic and international stakeholders. Participants were introduced to the most relevant legal considerations to take into account for each potential mechanism.

“Almost five years after the genocide, Yazda wished to bring together different actors working on accountability in the area and to think together about different justice avenues available. If we want to see justice, we need to work on strategy,” said Natia Navrouzov, Yazda documentation manager and organiser of the workshop.

The event brought together key local and international stakeholders, including representatives from several local NGOs documenting crimes perpetrated against the Yazidi and Turkman minorities, individual Yazidi victims of international crimes, INGOs operating in Northern Iraq and national and international authorities mandated to investigate crimes committed by ISIL.
The workshop took place in the context of the arrival of UNITAD (United Nations Investigative Team to Promote Accountability for Crimes Committed by Da’esh/ISIL) in Iraq and the first mass grave excavation conducted in Kocho, Sinjar from 15 March to 20 March 2019, more than four years after the Sinjar attacks.