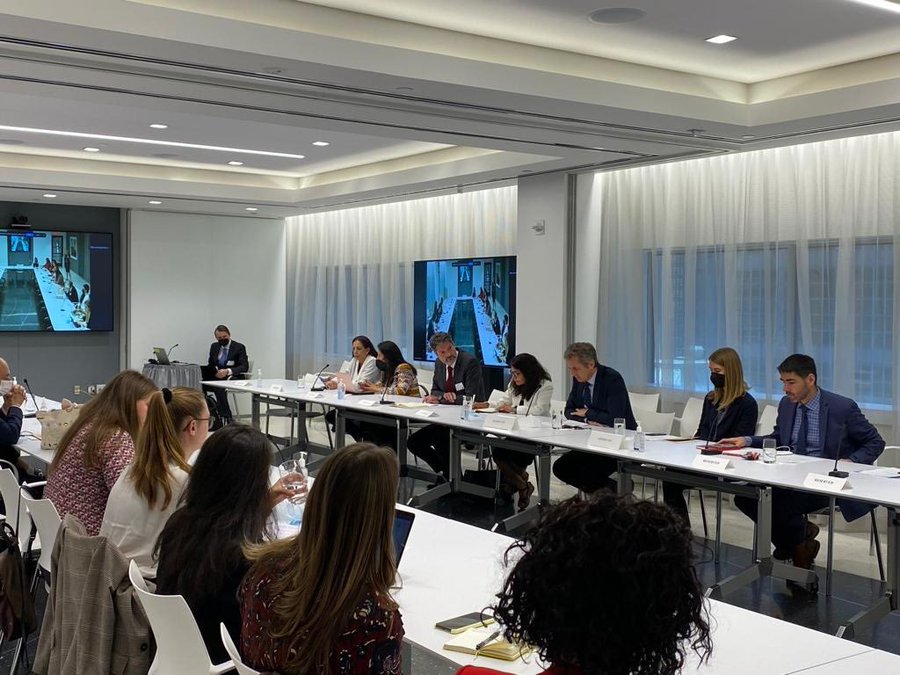 Much more needs to be done to secure justice for survivors of conflict-related sexual violence (CRSV) against men and boys agreed panelists at an event hosted by Justice Rapid Response and All Survivors Project – along with the Permanent Missions of Canada, Liechtenstein and United Kingdom – in New York on the occasion of the International Day for the Elimination of Sexual Violence in Conflict.

The event, held on Monday 20 June, highlighted the nature and scale of such crimes and explored prospects for justice and accountability, with a focus on the contexts of Iraq and Colombia. While the United Nations has increasingly recognized the prevalence of CRSV against men and boys, it remains in practice overlooked on the international peace and security agenda.

“Keeping the needs of victims and survivors at the centre of justice processes is hard work and requires innovative solutions,” said Samuel Emonet, Executive Director of Justice Rapid Response. “Victim-centred justice often comes out of robust dialogue between institutions and civil society organizations at the local and international level. What we heard today in this panel in relation to Colombia is a good example of that.”

Speakers reinforced the need for preventing sexual violence in conflict, strengthening accountability and ensuring justice and support for all victims and survivors.

“Access to justice has been severely constrained for the vast majority of survivors of conflicted-related sexual violence, with men and boys often facing specific gender-related legal and procedural barriers to achieving their right to justice,” said Charu Lata Hogg, Executive Director, All Survivors Project, adding that this prejudice applies to people of varying Sexual Orientation, Gender Identity and Expression, and Sex Characteristics (SOGIESC).

All Survivors Project aims to support global efforts to eradicate CRSV and strengthen national and international responses through research and action on CRSV against men, boys and people with diverse SOGIESC. Justice Rapid Response has been supporting their work by providing expertise to assist with the drafting of a victims’ submission to Colombia’s Special Jurisdiction for Peace (JEP) on behalf of a group of male survivors of CRSV.

Speakers at the event included:

H.E. Christian Wenaweser, Permanent Representative of the Permanent Mis­sion of the Principality of Liechtenstein to the UN in New York

Omar Aguilar, Coordinator of the Focal Group of GBT+ Victims of Sexual Violence