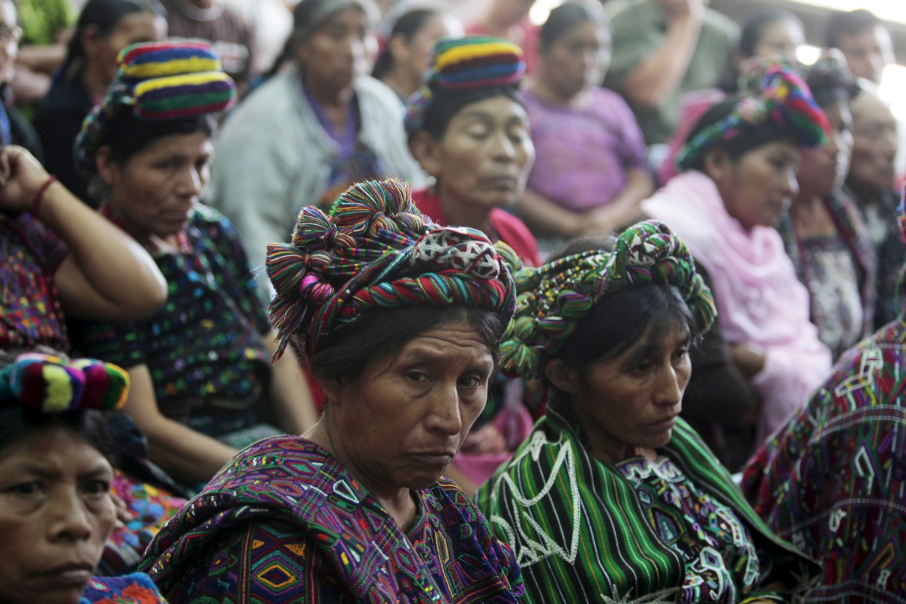 Today, a dangerous message is being sent to Guatemala’s internal armed conflict (1) survivors and human rights defenders, as the global attention span slowly drifts away from the country’s transitional justice efforts and the fight against impunity. This is all the more concerning as local prosecutors and victim representatives recently struck landmark convictions and brought to court former top-ranking officials suspected of genocide. As Guatemala’s transitional justice process gains remarkable momentum, the international community must maintain its support for the country and not allow impunity for grave crimes.

The year 2019 marked a milestone for the internal armed conflict victims, and for the specialized prosecutors and analysts of the Ministerio Publico, the public prosecutor’s office in Guatemala. In just one year, the Ministerio Publico’s Internal Armed Conflict Unit (UCECAI in Spanish) has brought before the national courts of Guatemala five former high-ranking officials from the Guatemalan Army Command Staff, in two separate Genocide cases locally known as the Ixil Lucas and Ixil Rios genocide cases. This followed other breakthroughs, including the 2018 Molina Theissen judgement which found four high ranking military officials guilty of crimes against humanity and of aggravated rape against Emma Molina Theissen, as well as the forced disappearance of her 14-year-old brother.

Despite the significant improvements that these emblematic proceedings represent for the rule of law, and respect for human rights – particularly the rights of women and indigenous groups – some of the biggest partners of transitional justice in Guatemala have been withdrawing support from local justice efforts. Ironically, this loss of interest was prompted by the milestone achieved in 2016, with the Sepur Zarco conviction. This was the first time a national court ruled on charges of sexual slavery during an armed conflict – a crime under international law. It seems that, for the international community at that point, Guatemala’s accountability process was complete. Whether through decreased financial and technical assistance or nearly absent international media coverage, the international community is showing less interest in accountability efforts for past crimes in Guatemala, thus paving the way for a climate of impunity in the country.

The perils of withdrawing international support

Significant advances in Guatemala’s justice sector are mainly the result of the hard work of the Ministerio Publico and civil society organizations, with the support of several donors, including states, United Nations (UN) agencies and international NGOs. While the justice sector has become more independent – bolstered also by long-term institution building – this progress remains fragile.

Removing international support would deny conflict victims the hope of justice and an opportunity to heal. This would, in turn, compromise the unique historical opportunity for breaking the cycle of violence in Guatemala and ensuring long-lasting peace. Given that a long time has elapsed since the end of the conflict, numerous key witnesses and alleged perpetrators have passed away. This has disrupted ongoing investigations and, at times, put an end to legal proceedings. A recent example is the death of former dictator Efrain Rios Montt, who passed away while being re-tried for genocide in 2018.

Losing interest in ongoing justice efforts would in fact highly benefit the powerful elite linked to former senior military officials accused of grave human rights violations and corruption. They have been repeatedly advocating for a controversial bill that seeks to grant amnesty to war criminals and genocidaires from the conflict period. This bill has been labelled by the international community as a violation of the rights of victims and an attack against the rule of law. These same people succeeded in 2019 in removing a UN-backed anti-corruption body that had been very successful in investigating corruption cases – involving senior officials and former leaders – linked to grave human rights violations committed during the internal armed conflict.

Too much to lose

Since the creation of the UCECAI in 2005, this is only the second time that the Ministerio Publico has filed charges of genocide against former army high command staff. The first time was in 2013, under Guatemala’s then-Public Prosecutor Claudia Paz y Paz, who made unpreceded strides in the prosecution of organized crime, human rights violations and corruption. Former president and dictator Rios Montt was convicted to 80 years in prison – setting an example of justice for Latin America and the world. Paz y Paz was subsequently removed from her role in 2014, raising doubts about institutional commitments to justice and human rights.

Despite the overturning of the genocide sentence on procedural grounds, a milestone was achieved as a result of the Rios Montt retrial. For the first time in Guatemala, a domestic court unanimously found that the army had committed genocide against its own indigenous population.

Likewise, the ongoing Maya Ixil genocide proceedings are expected to yield a breakthrough in the fight for justice in the country. If these cases result in convictions, this would be the first time that a domestic court in Guatemala finds an individual criminally responsible for the genocide committed by the army against the indigenous Ixil population. Such a critical outcome, albeit potential for now, deserves the international community’s full attention and support.

The UCECAI and local civil society organizations have kept their promise, carrying on Paz y Paz’s legacy against impunity. “What’s important is to ensure that we don’t lose what has already been achieved (…),” said Paz y Paz as she was being removed from the post of Public Prosecutor. If Guatemala transitional justice partners withdraw now, all that’s been achieved to date will have been in vain. The international community must not miss this last chance to help build Guatemala’s future.

1. Over 200,000 Guatemalans were killed or forcibly disappeared in an internal armed conflict that raged from 1960-1996. Of those victims identified in the U.N-sponsored Historical Clarification Commission, 83% were indigenous Maya. 93% of these human rights violations were carried out by government forces.