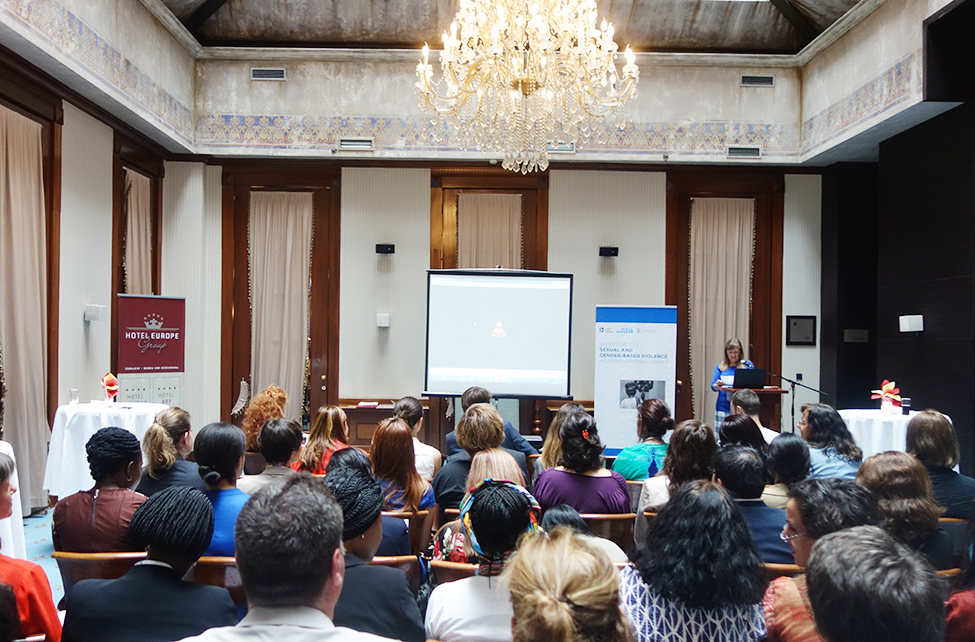 SARAJEVO, Bosnia and Herzegovina – A private ceremony on 26 July marked the close of the joint expert roster-recruitment course of Justice Rapid Response (JRR), UN Women and the Institute for International Criminal Investigations (IICI).

The course brought together 25 expert practitioners from around the world with specialization in sexual and gender-based violence (SGBV). It was designed to prepare, equip, and vet them specifically on the investigation and documentation of SGBV. Successful participants who completed the course have become eligible for certification to the JRR-UN Women SGBV Justice Experts Roster, within JRR’s broader Expert Roster. Rostered experts will be available to deploy to national, international and regional accountability and transitional justice mechanisms, to ensure these bodies have the necessary expertise to investigate and prosecute sexual and gender-based crimes. The course was made possible through the support of the Government of Canada and with a contribution from the European Union.

During the closing ceremony in Sarajevo, speakers from the hosting organizations gave remarks on the necessity of rapid deployments of experts in SGBV. The JRR-UN Women documentary film Evidence of Hope was also shown to the audience.

“We are happy to see so many excellent professionals applying to be part of the Justice Rapid Response Experts Roster, to make sure sexual and gender-based violence is promptly and professionally investigated, whether by international or national mechanisms,” said Nina Suomalainen, Executive Director of JRR.

UN Women’s remarks were delivered by Policy Analyst Emily Kenney. “Gender expertise is critical to ensuring that women, girls, and all survivors of sexual and gender-based violence have access to justice,” she said. “For this reason, UN Women is proud to partner with Justice Rapid Response to deploy dozens of gender advisors and sexual and gender-based violence investigators each year.”

To close the ceremony, IICI Executive Director Philip Trewhitt thanked everyone who made the course possible and reiterated the importance of SGBV-investigation experts passing on lessons learnt and developing communities of practice by sharing experiences.

Representatives of Switzerland, the European Union, Germany, and the United Nations Development Program (UNDP) were also in attendance. The event concluded with a presentation of certificates to the course participants, followed by a reception.

Established in 2012, JRR-UN Women SGBV Justice Experts’ Roster is frequently mentioned as a concrete tool to address SGBV in conflict and as a best practice by the international community. For instance, in 2017, the UN Secretary General’s Report on Women Peace and Security included the work of experts on the JRR-UN Women SGBV Justice Experts Roster as a notable contribution towards ending impunity.