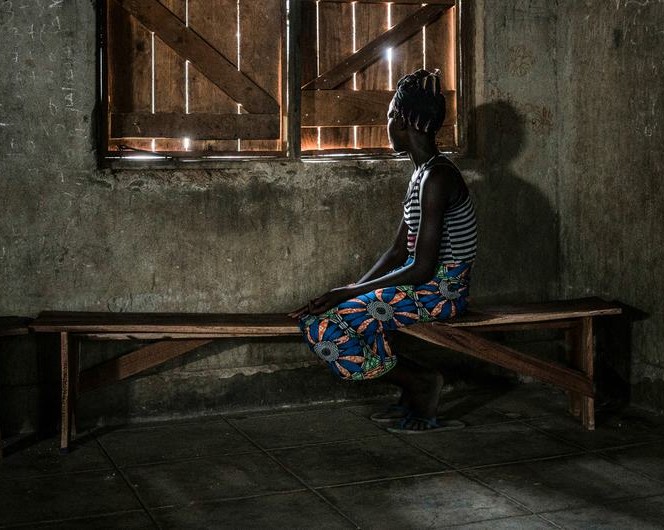 The Commission on Human Rights in South Sudan launched a report documenting endemic levels of conflict-related sexual violence, with a focus on incidents of rape, including gang rape, sexual violence, sexual slavery, forced marriage, and torture.

Launched on 21 March 2022 at the 49th Human Rights Council, the conference room paper, entitled “Conflict-related sexual violence against women and girls in South Sudan”, outlines how widespread yet underreported these crimes are, and that they have been carried out with near total impunity amid a seemingly endless cycle of violence.

Justice Rapid Response has contributed to the work of the Commission since its inception and welcomed this paper’s focus on conflict-related sexual violence. The organization has deployed three gender experts and two sexual and gender-based violence investigators to support the Commission since it was established in 2016.

“What we have learnt over time, is that if there is silence surrounding sexual and gender-based violence in a conflict, it is because it is not being given enough attention, or it is not being subjected to an effective gender analysis or investigation strategy,” Nina Suomalainen, Executive Director of Justice Rapid Response, said at the launch.

Yasmin Sooka, Chairperson of the Commission, highlighted during the event how these pervasive attacks have been carried out by all armed actors in South Sudan and stem in part from a deeply patriarchal society. After gathering testimony from survivors and witnesses, Ms. Sooka indicated that some trends emerged:

“Four distinct patterns driving conflict-related sexual violence have been identified: attacks linked to military and political objectives, sexual and other forms of abusive exploitation of women and girls who are abducted by members of armed groups, a culture of entitlement to women and girls as the spoils of conflict, and criminal acts carried out by armed actors in the prevailing context of ongoing conflict, lawlessness and impunity, and the complicity of the state – in not holding commanders accountable – fuels impunity for these crimes.”

The report includes numerous recommendations, including those directed towards the Government of South Sudan, as well as for all armed forces and non-State armed groups in the country.

Representatives from South Sudanese civil society organizations highlighted the numerous challenges they face in assisting survivors. Not only are survivors afraid to come forward for fear of stigma from their own community, but they face threats to their lives for speaking out against assailants. Riya William Yuyada, the Executive Director of the organization Crown the Women, and a survivor of sexual violence herself, said that both survivors and human rights defenders need to be protected.

“We have perpetrators who tell us, ‘if you do not drop this case then I am going to deal with you’,” said Ms. William Yuyada. “Some of these perpetrators are even in high authority and positions of power. So these threats, they also limit our support.”

Justice Rapid Response urges for a continued focus on documenting conflict-related sexual violence in South Sudan to contribute to a true justice and accountability process in the future.

“Gendered violence is always a feature of a conflict, because our life on this earth is gendered,” said Ms. Suomalainen. “Its investigation can be hard, but looking elsewhere means leaving half of the victims outside peace and justice processes.”