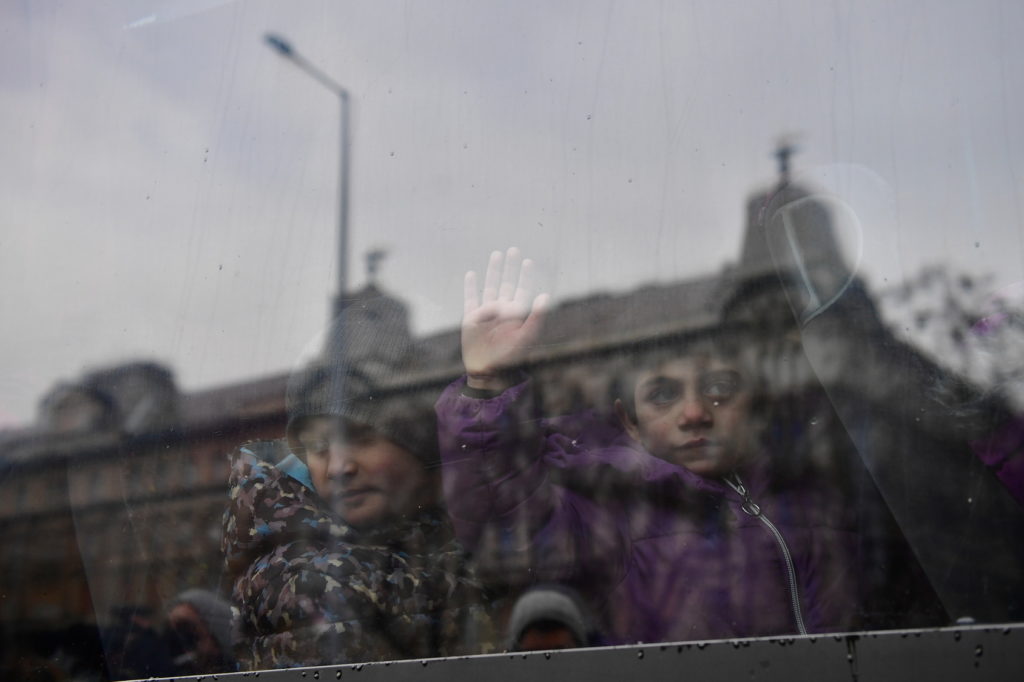 As the war in Ukraine continues to wage a terrible toll on civilians, Justice Rapid Response has been working to support a host of partners setting out to document violations of international law in real time, to preserve evidence for use by all justice mechanisms.

Prior to the invasion of Ukraine by Russian Federation forces on 24 February 2022, the organization had already been deploying experts to support investigations into core international crimes relating to the conflict stemming back to Russia’s 2014 annexation of Crimea. This included support to the International Humanitarian Fact-Finding Mission, the Organization for Security and Co-operation in Europe’s Special Monitoring Mission in Ukraine, and the Ukrainian Office of the Prosecutor General.

Since the escalation of the conflict, Justice Rapid Response has been striving to address the evolving priorities of the Office of the Prosecutor General in the field of investigations. It is also working with two international institutions to assist setting up investigations.

To help document and investigate violations of international human rights law and humanitarian law, there is need for expertise ranging from open-source investigators to military analysts, gender advisors and child rights advisors.

In the context of this crisis, Justice Rapid Response is well-positioned to provide highly specific support to the full spectrum of justice and accountability processes, led by international, national and civil society organizations. The scope and precipitous nature of this highly documented conflict will bring fresh challenges.

“As with all large-scale humanitarian crises that escalate quickly, many actors are looking to ensure that violations are documented and investigated,” said Nina Suomalainen, Executive Director of Justice Rapid Response. “We will work in coordination with institutions that require assistance in the following weeks and months, to provide impartial expertise and victim-centred support.”

Given that every major event and attack in Ukraine is being recorded and shared on social media, one of the challenges of future justice and accountability mechanisms will be to analyse this mass of information to find evidence of violations that are solid enough to be successful in a court trial. Sorting through and analysing this information will require a combination of traditional and technological means of investigation.

“The fact that Justice Rapid Response has already received several requests for open-source investigative expertise is testimony of the widespread need to authenticate digital evidence – and this is only the beginning,” said Ms. Suomalainen. “The value of the images and videos recorded by private individuals will depend on the ability of future investigators to precisely determine the exact time, location and circumstances of their recording.”

Since the start of this intensely mediatized and recorded conflict, civil society has been highly engaged on the ground in Ukraine in documenting alleged war crimes. Justice Rapid Response is in turn assessing which civil society organizations could benefit from support in documenting violations and stands ready to deploy expertise.

The organization’s aim is to carefully select engagements that deliver the maximum impact, without disrupting already initiated and existing justice and accountability work.

“We are continuing to support accountability processes worldwide both for ongoing conflicts and for conflicts that took place decades ago,” said Ms. Suomalainen. “The human tragedy in Ukraine is a stark reminder of the great need for meticulous and unrelenting justice processes to discourage perpetrators from acting with impunity.”

To bolster its ability to provide surge capacity for the conflict in Ukraine, Justice Rapid Response is actively looking to add Russian- and Ukrainian-speaking experts to its roster (for more information, see the Call for Nominations). As further needs are identified, it will seek new and targeted donor support.