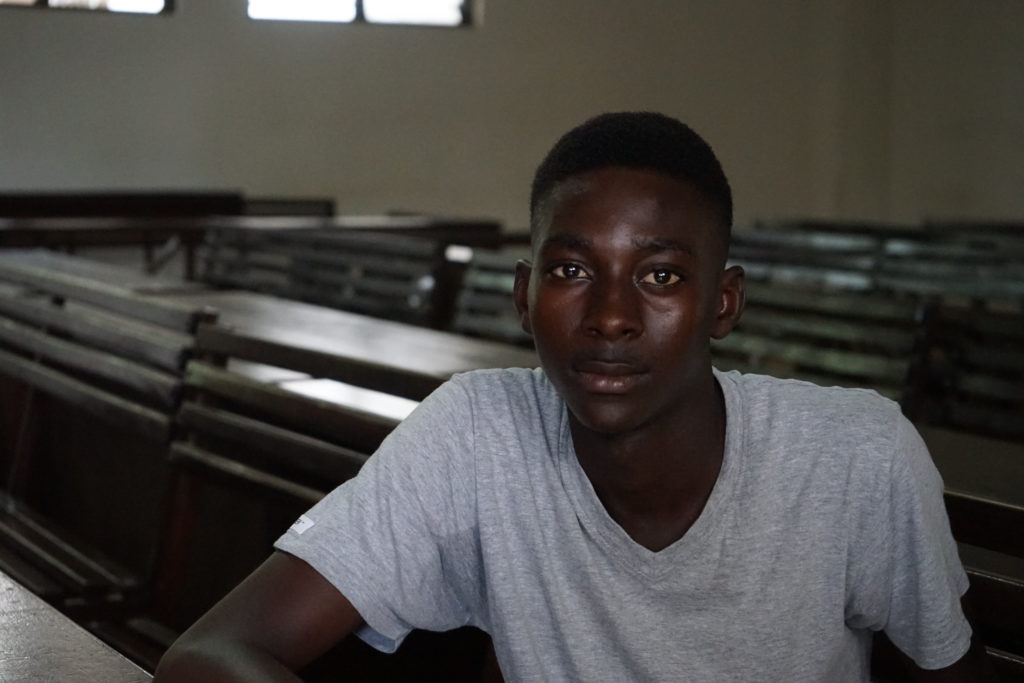 Muhammed Sandeng, activist and son of the late Solo Sandeng who was tortured and killed in detention during Yahya Jammeh’s rule, sitting in the courtroom in Banjul where his father’s case is being heard

Justice Rapid Response stands ready to give additional support to future investigations in The Gambia following the release of the Truth, Reconciliation and Reparations Commission (TRRC) report on violations that took place during former president Yahya Jammeh’s brutal dictatorship.

The organization deployed experts on six different occasions to support the TRRC in a three-year process that incorporated the testimony of more than 400 witnesses, including victims and perpetrators. After months of televised sessions widely followed by Gambians, the commission presented its final report on 25 November 2021 to Gambian President Adama Barrow, who committed to respond to the recommendations within six months.

“The outcome of this historic process was very encouraging because the report outlines how to hold alleged perpetrators of violations accountable with recommendations for prosecution,” said Joyce Mutoka, Programme Officer at Justice Rapid Response. “Our experts helped to ensure that its findings reflected the violations that had been committed during the Jammeh regime, with a view to identifying those who were most responsible for these crimes.”

Justice Rapid Response, along with other partners, contributed to the work of the TRRC from day one in 2018 to the completion of its mandate. Experts deployed included a security expert, forensic anthropologist, a sexual and gender-based violence expert, legal advisors and an investigator.

“From the range of support offered to our research and investigations team to also assisting the unit heads work on their reports, Justice Rapid Response’s services have been instrumental in enhancing the quality of the TRRC’s work and performance,” said Baba Jallow, the Executive Secretary of the TRRC. 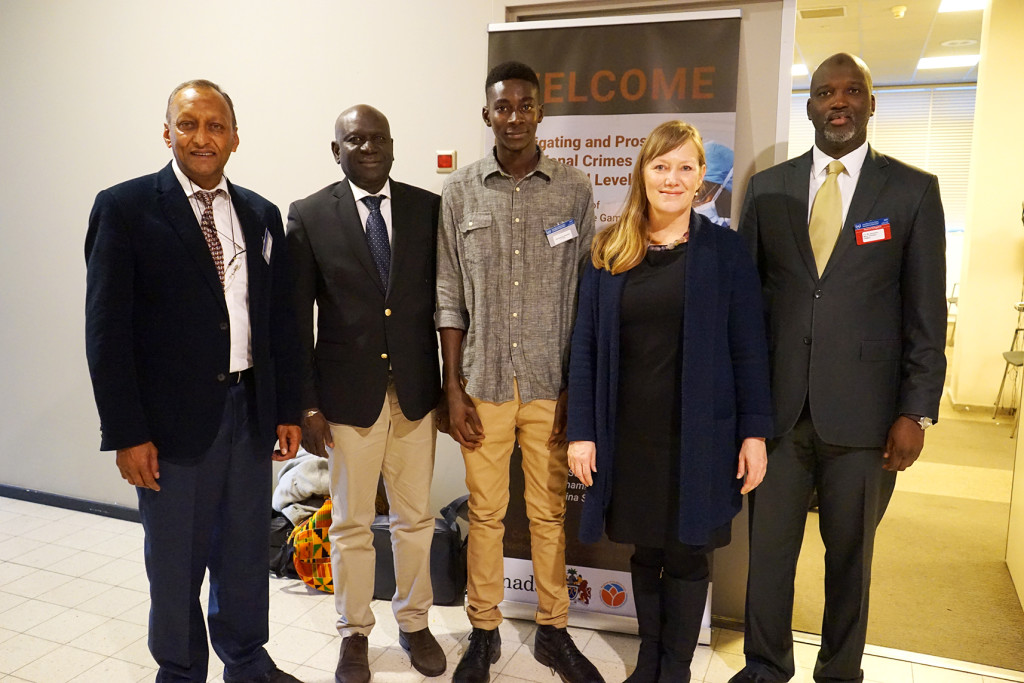 Speakers at a panel discussion in The Hague in 2018 stressing that there was still much work to be done in order for Gambian society as a whole to understand the transformative potential of justice. From left to right: Dr. Steve Naidoo, forensic pathologist and member of the Justice Rapid Response expert roster; Amady Ba, Head of International Cooperation, Office of the Prosecutor at the ICC; the activist Muhammed Sandeng; Nina Suomalainen, Executive Director of Justice Rapid Response; Abubacarr Tambadou, then the Attorney General and Minister of Justice of The Gambia

The TRRC found that abuses from Jammeh’s more than two decades in power resulted in the death of at least 240 people. The report included more than 200 recommendations for investigations and prosecutions of gross human rights violations and crimes against humanity.

For Gambians, this was the first time there had been any acknowledgement of state sanctioned violence. The TRRC has been lauded for being one of the most accessible transitional justice processes in history with expansive outreach efforts that led to the engagement of all constituencies of Gambian society including young people, persons living with disabilities, and the diaspora.

President Barrow said that his government would respond with a white paper that will outline implementation of the recommendations. Justice Rapid Response, which has previously worked with the Attorney General’s office on the criminal trial involving former staff of the National Intelligence Agency – the NIA 9 case – is ready to support this process, as well as the broader implementation of the recommendations within the white paper and the final commission report.

“The colossal work undertaken by the commission has been instrumental in The Gambia’s transitional justice process, in particular in exposing the truth and in acknowledging the violations committed,” said Ms. Mutoka. “The commission’s report paves the way to fulfilling the right to justice for Gambians – and it’s crucial to see that this process actually leads to justice for victims.”