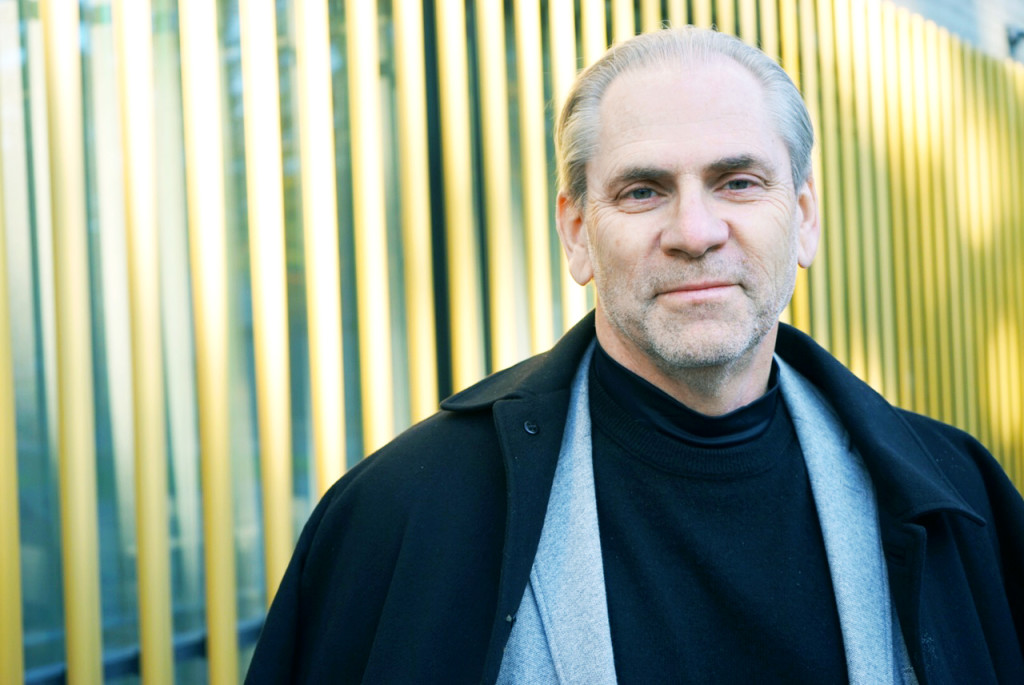 GENEVA, Switzerland – After leading Justice Rapid Response (JRR) since its inception, Executive Director Andras Vamos-Goldman will be stepping down from his position.

Mr. Vamos-Goldman, a former Canadian diplomat, was pivotal to the founding of JRR and has served as Executive Director since 2009. Under his leadership, JRR has become a recognized global leader in the professionalization of the investigation of international crimes. It has built an international roster of rapidly-deployable criminal justice, human rights and related professionals from around the world, and many partnerships, such as the one with UN Women to improve the investigation of sexual and gender-based violence in conflict.

Mr. Vamos-Goldman was part of the small group who came together to first form the idea to create JRR.

“When the Rome Statute came into force and the International Criminal Court began its operations, many of us who had worked on its creation took a step back to see what, if any, gaps remained in the effective delivery of international criminal justice, said Mr. Vamos-Goldman.

“One gap identified was the need for rapidly-available professionals, from a wide variety of backgrounds and every region of the world, to ensure that the most critical part of accountability – the investigation – was properly conducted. Without an investigation that would be seen as professional, impartial and prompt, it would be difficult to have a credible accountability process. And since there was no mechanism to recruit, train and be able to deploy rapidly such professionals, an idea grew into discussions, discussions into a feasibility study, which led to a core group of States and organizations finding a way to provide this capacity to the international community.”

“After nine years, it’s clear that there is a huge need for specialized expertise to make accountability efforts effective, and ensure their credibility in the eyes of those they are meant to serve: victims and survivors of serious crimes. And I’m happy that JRR is now the first place the international community goes to find that expertise,” he added.

Since 2009, JRR experts have deployed on more than 135 missions around the world, sent to support bodies such as the International Criminal Court (ICC), the Extraordinary Chambers in the Courts of Cambodia (ECCC), and the Extraordinary African Chambers. They have deployed to support numerous initiatives of the United Nations, including with the Office of the High Commissioner for Human Rights (OHCHR), UNICEF, the Department of Peacekeeping Operations (DPKO), and the Office of the Special Representative for Sexual Violence in Conflict (SRSG SViC).

JRR expertise is now also sought out by private law firms such as Hogan Lovells in representing survivors of atrocity crimes in private litigation, and used by humanitarian organizations which are often the ones in contact with survivors of violations.

“Before the creation of JRR, the international community had no way to access professional, rapidly-available experts to assist accountability mechanisms,” said Ambassador Marja Lehto, Chair of JRR’s Executive Board. “Few had the imagination to see how this problem could be solved. Fortunately for us, it was Andras Vamos-Goldman who, as part of the group that identified the solution that was needed, worked tirelessly to bring it into reality. Today, the JRR Expert Roster has proven to be an invaluable tool for to States, the UN, and international courts and human rights bodies.”

During Mr. Vamos-Goldman’s tenure, JRR as an organization evolved into a flexible, efficient and cost-effective mechanism with a headquarters in Geneva and an active liaison office in New York. Funded by voluntary contributions from States, international institutions and more recently also the philanthropic sector; developing and deploying professional capacity from States, international institutions, civil society and the private sector; and providing assistance to all of the above, Mr. Vamos-Goldman has led JRR to break down traditional “silos” in order to maximize potential collaboration in the international community.

“With JRR, Andras has created a fluid, nimble tool that brings together national governments, global bodies and civil society organisations to ensure that international justice is secured,” said Bill Drayton, founder and CEO of Ashoka. “His work is leading to a paradigm shift in international justice, making justice for war crimes the norm rather than the exception, through improved global standards, thorough investigations and increased local ownership.”

In 2012, Mr. Vamos-Goldman helped to secure a major partnership with UN Women, which has resulted in the creation of a sub-roster of more than 217 experts in sexual and gender-based violence (SGBV) and become a core component of JRR’s programming. The JRR-UN Women SGBV Justice Experts Roster has been globally recognized as a game-changing resource, and in 2017 JRR was among the honorees for the Gender Justice Legacy Wall, which will be a part of the permanent premises of the ICC in The Hague.

“It has truly been an honor and a privilege to serve at the helm of JRR,” said Mr. Vamos-Goldman. “I am especially grateful to the many staff members who have worked alongside me in order to help JRR reach its full potential. I also thank the incredible experts on the JRR roster, who have demonstrated not only their skills but their commitment to survivors on whose behalf we work. Also I am grateful to donors who have made our work possible. Together we have a built a thriving organization that will continue to deliver on its mission for years to come.”

After an extensive executive search process conducted by the JRR Executive Board, Mr. Vamos-Goldman’s successor will be Ms. Nina Suomalainen of Finland. Ms. Suomalainen has considerable international experience, with her most recent assignment being the Head of Office for the OSCE in Skopje, Macedonia.