International Gender Champions is a leadership network that brings together female & male decision-makers determined to break down gender barriers and make gender equality a working reality in their spheres of influence. The network was launched at the Palais des Nations in Geneva, July 2015. The network numbers over 200 active Champions and Alumni who are the heads of International Organizations, Permanent Missions, and organizations from the civil society.

As a Gender Champion, JRR Executive Director Nina Suomalainen has taken the IGC Panel Parity pledge, and has committed to strive for gender equality in all of JRR’s work. 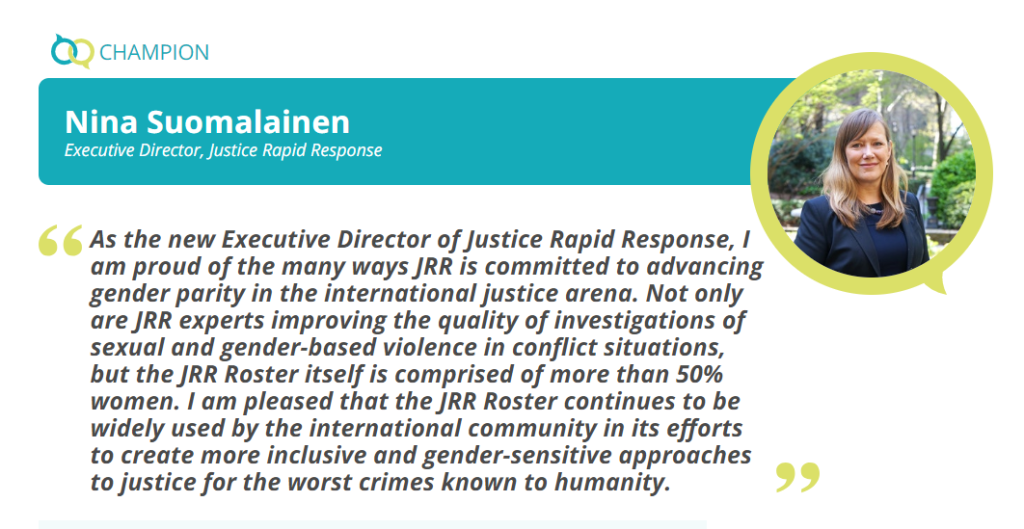