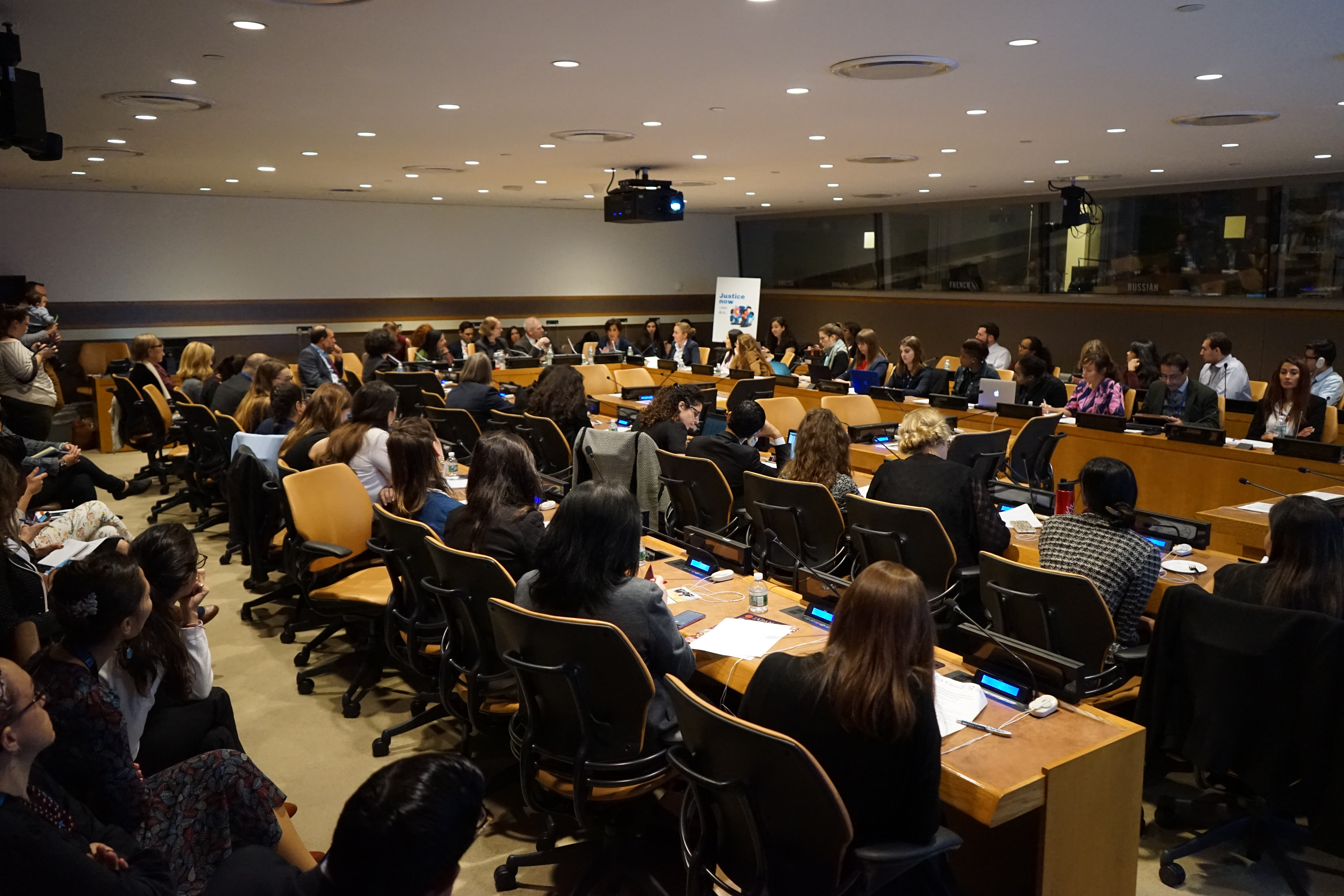 In the lead-up to UN Security Council Open Debate on Women, Peace and Security, experts discuss what it takes to document and investigate conflict-related sexual and gender-based crimes and pathways to justice for the crimes committed in Iraq and Syria.

Seventeen years since the adoption of the UN Security Council resolution 1325, which calls on parties in conflict to uphold women’s rights and respond to violations, impunity for conflict-related sexual and gender-based violence (SGBV) continues to undermine peace and security.

As the UN Security Council prepares to meet in New York for the annual Open Debate on Women, Peace and Security later this week, a side event co-sponsored by UN Women, the Government of Canada and Justice Rapid Response (JRR) on 25 October, convened human rights experts and investigators to discuss the importance of quality and timely investigations of conflict-related sexual and gender-based violence.

The speakers, including two experts deployed to investigate sexual and gender-based crimes in Iraq and Syria, shared their experience on what it takes to investigate such crimes, the challenges and obstacles of documenting evidence, and pathways to justice. 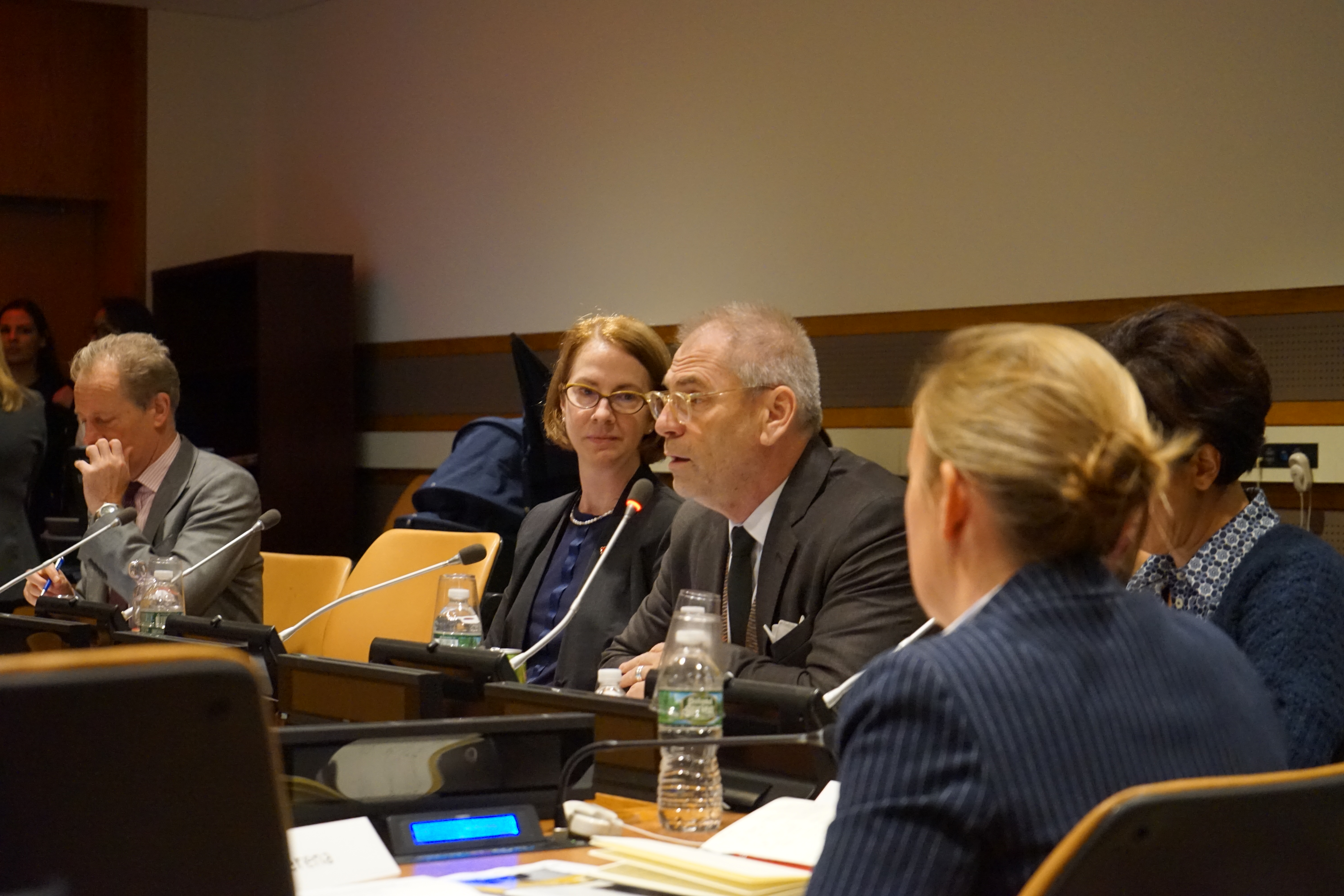 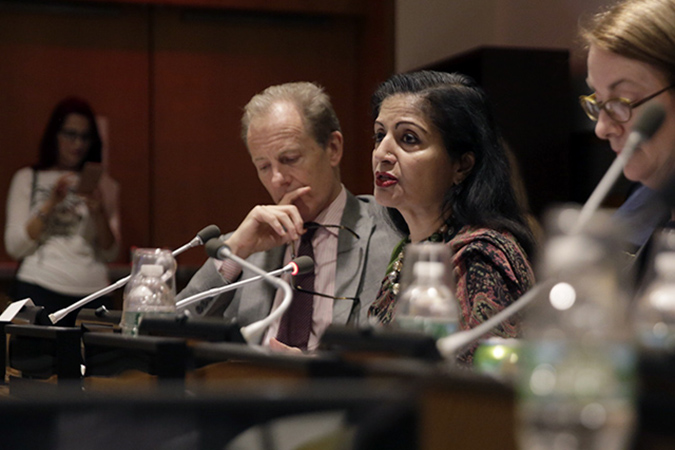 Catherine Boucher, Legal Advisor for the Permanent Mission of Canada to the UN, opened the panel, acknowledging that “Over the decades there has been a dramatic shift in the way the world views sexual and gender-based violence. It is not inevitable; it is a crime that must be investigated, prosecuted, and punished.”

UN Women Deputy Executive Director Lakshmi Puri added, “The women, peace and security agenda is clear. There has to be zero tolerance for violation of women and girls’ rights. We are all here today because we are part of the movement demanding justice for sexual and gender-based violence being committed in Syria and Iraq, including the rape of women and men in government detention centers in Syria, and sexual enslavement of women and girls and the targeting of sexual minorities by the Islamic State.”

Since 2012, as part of a partnership initiative, JRR and UN Women have deployed SGBV experts in support of the work of the UN Commission of Inquiry for Syria, the Office of the High-Commissioner for Human Rights (OHCHR) fact-finding mission to Iraq, and other justice mechanisms, to ensure that sexual and gender-based crimes in Syria and Iraq are documented and prosecuted.

While numbers of rape and sexual assaults are notoriously difficult to confirm, sexual violence against women and girls has been a core component of the armed groups’ ideology and economic strategy in Iraq and Syria. 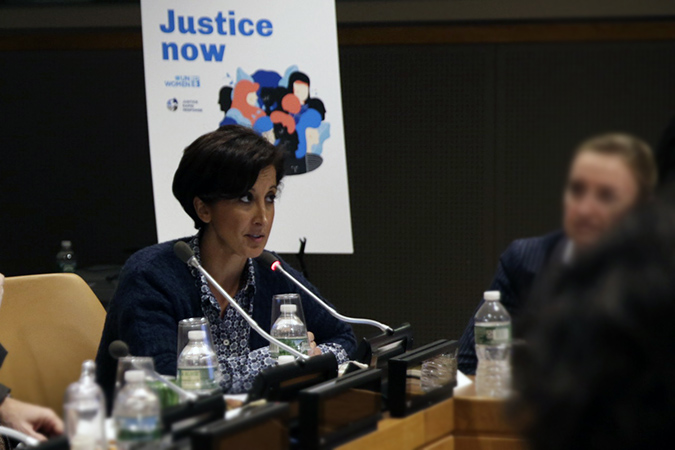 The two JRR experts, Rabiaa and Serena [name witheld for security reasons] highlighted the challenges they face in their critical job. The most important challenge, they suggested, is persuading survivors to engage. “There is a cultural stigma attached to these kinds of violations that make it difficult for people to engage,” explained Serena.

The JRR – UN Women partnership has resulted in a Justice Experts Roster comprised of 217 experts from over 70 nationalities, who are specifically trained to investigate and document SGBV as an international crime.

“Our experts do the critical work of bringing crimes to light, as shown by the work in Iraq and Syria,” Deputy Executive Director Puri says. To date, SGBV investigators have been deployed for 69 missions, to document sexual and gender-based crimes in a number of hot spots and countries in post-conflict contexts.

“We are very proud of our partnership with UN Women. We share the ability to provide very highly specialized, well-trained expertise from all over the world to ensure that investigations of SGBV wherever they occur are as good as possible,” shared JRR Executive Director and event moderator Andras Vamos-Goldman. The large pool of experts coming from different countries and regions allow for investigators to be assigned to appropriate cases, where they can draw upon their legal, as well as cultural and linguistic expertise.

The event also premiered a short documentary film, Evidence of Hope, featuring two SGBV investigators deployed by UN Women-JRR to the UN investigations in Syria and Iraq, and four survivor-witnesses they met during their work. The film examines their brave efforts to bring perpetrators to justice.