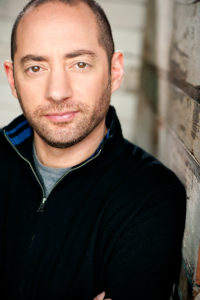 It is a central tenet of being a prosecutor — one of the principles core to the job — that you should be immune from politics, from popular pressures, and from the influence and cheerleading of the press. As a prosecutor in Canada, where I began my career, the phrase I heard most often from my senior colleagues when things weren’t going our way, or when we found ourselves the subject of various external pressures, was the solemnly imparted old chestnut: “Just keep your head down and do the job.”

They were right. Trying to reach a particular outcome instead of focusing on the component parts of your role, trying to curry favor with the public, or seeing yourself as some sort of noble saviour astride a white horse instead of as a trained professional doing a job — the perils of these mistakes are well documented and rightly feared. A prosecutor’s job is to be fair and impartial and to see that justice is done. Period. That job is performed inside the four walls of the courtroom and rightly circumscribed by rigorously defined rules.

Keeping your head down, and your mind clear of external perceptions and influences, is a necessary and healthy part of working in criminal law. For the ten years I spent as a Canadian prosecutor, running trials and arguing appeals in cases ranging from sexual assault to murder, this advice served me well. It is as important today, if not more important, than it has ever been.

When I made the shift to become an international prosecutor, building and trying cases for large-scale crimes like genocide, crimes against humanity and war crimes, I began to see how extensively the impact of events in the courtroom is determined by the perception, understanding, and emotional investment of the people outside of it.

What became increasingly clear, in other words, is that the way justice is perceived matters. Without the right expectations, and without a clear and shared understanding of the broader framework in which it operates, the enterprise of international criminal justice doesn’t work. It can even be counter-productive.

The prosecution of genocide, crimes against humanity or war crimes is premised on a very particular shared perspective. It requires that all of us agree — regardless of country, ethnicity, or religion — that certain crimes are never acceptable, regardless of who is committing them. For acts such as the mass slaughter of civilians, targeted programs of sexual assault or torture, or the attempt to destroy entire communities of human beings, international criminal law enforces the principle that these acts are never permissible and has us all agree up front that the perpetrators should be held to account.

This is the shared premise, and the essential promise, of international criminal law. It is not a complicated one, and this is by design. Yet it’s remarkable how infrequently we discuss, and how seldom our real stakeholders seem to understand, that this is the bedrock foundation upon which the teetering castle of international criminal justice is built. Some of us may believe that this perspective is implicit and that it goes without saying. But this is simply not the case.

Speak to people in the countries of the former Yugoslavia about the International Criminal Tribunal for the Former Yugoslavia, where I worked as a prosecutor, and you confront the unfortunate fact that a great many of them have never stopped seeing the trial proceedings exclusively through the lens of their ethnicity. In blunt terms, the Serbs cheer for the Serbs, the Croats for the Croats, the Bosnian Muslims for the Bosnian Muslims. Many of the most appalling perpetrators have thus, in many cases, been embraced as patriots and national heroes by their countrymen.

This, of course, is precisely opposite to the way international criminal justice is supposed to work. Viewed this way, as a sort of “us vs. them” contest that pits ethnicities or nationalities against one another in the courtroom, the entire enterprise can be destructive; antithetical to its stated mission. Yet the ICTY is not an outlier in this — to the contrary, it seems very much the norm. You can find a similar dynamic in groups as disparate as Hutus, Kenyans, Turks, Chinese, or Americans, when “one of their own” finds themselves the subject of war crimes allegations.

There are, then, some deeper questions to be addressed anytime we set out to do the work of pursuing justice in the context of such profound, disruptive and large-scale violence. Perception matters. A community’s understanding and investment in the justice process matters. The most basic assumptions that we may take for granted in the context of our everyday domestic justice systems – not just who and what we prosecute, but why, what we hope to achieve, and how we hope to achieve it — become essential to the entire enterprise.

Doing justice in the context of such deep-seated and historical violence requires that we ask, and continually try to answer, a very fundamental question: what does it mean to do justice?

Answering this question means remembering, and reflecting on, the reasons we pursue justice on an international level and the shared perspective that we bring to the undertaking as a whole. It also means thinking deeply about what it is that we hope to achieve by pursuing justice and how exactly we should go about achieving it. Not all approaches to justice are the same. Far from it.

Speak to the justice-seeking victims of an international atrocity today and the first thing you’re likely to hear is that the ICC should take up their collective case. At least this has been my experience. In the 17 years since its founding in 2002, however, the ICC has obtained convictions in just 4 cases, for a total of 8 accused. Its cases are large, they move slowly, and perhaps most importantly, they necessarily focus on a small number of the most senior-level perpetrators. Thinking about international justice in a holistic and purposive way means recognizing the ICC’s inherent limitations – while prosecuting only the most senior-level perpetrators has both practical and symbolic importance, it is not, nor can it be, the entire picture. For the father who saw his young sons lined up and executed, for the woman who was sexually assaulted and trafficked into sexual slavery, for the grandmother who lost her entire family to a marauding band of ISIS fighters, it is also the many individual perpetrators on the ground, the men who marched into their towns and villages and who pulled the triggers and unleashed the bullets, who must be held accountable so that justice can be done. To acknowledge these limitations is not to be critical of the ICC but instead to relieve, to some degree, the burden so many of its critics have implicitly expected it to shoulder. The ICC is simply one piece of a larger puzzle.

At present, “international justice” offers up a patchwork of different potential justice pathways that can be pursued. The ICC is one such pathway, particularly for the most senior perpetrators, if and when the ICC has jurisdiction and the practical ability to bring them before the court. But individual perpetrators who have fled to countries with universal jurisdiction laws can also be prosecuted domestically for their international crimes. In countries like the United States, civil remedies can be pursued against international criminals to seize their assets and impose massive financial penalties. Where there is a willingness, “hybrid tribunals” can be created so that large numbers of individual perpetrators can be prosecuted domestically but with the benefit of international support and expertise. These remedies are not mutually exclusive. To the contrary, they work best when pursued together.

These are the pathways to international prosecution but they are themselves just a part of a much broader spectrum. A fuller and richer approach to “doing justice” means taking into account a number of deeper goals. Can we understand, and help others to understand, the full breadth and scope of the violence that took place, how it took place, and what led to it in the first place? How can we prevent such events from taking place again — and more specifically, what legal, institutional or societal reforms might help to ensure that such violence never re-occurs? Are reparations appropriate, and would they help individuals or communities to move forward and to heal? Finally, a fulsome approach to justice must consider the most difficult question: how do you bring a society back together after such terrible, traumatic events have taken place – or to put it another way, how might you truly achieve reconciliation? Taken together, these are what you might call “truth and reconciliation” approaches. They have been pursued, in varied forms, by Truth and Reconciliation Commissions in countries around the world. But these values and goals need not be pursued in a dedicated commission — each can be pursued in and of itself, by governments or by members of civil society, with or without international assistance.

These are lofty goals, certainly, and not ones easily achieved. So how does one go about the real work of doing justice in the wake of such large-scale violence? The answer, I believe, is that doing the work of international justice today requires the combination of two crucial elements. The first is the skill and experience to do the challenging work required – the skill to investigate incisively and sensitively, the expertise to build and run a complex prosecution, or the knowledge, experience and resources to meaningfully pursue truth and reconciliation. The equally-important second element is to bring these skills to bear in the right way – to direct our efforts towards a process that is meaningful for its victims and for the affected society as a whole, in a way that is understood both specifically and conceptually, and in which the affected society is deeply and genuinely invested.

For international experts with the skills and experience to do the work of international justice, there is a vitally important role to be played in working with and assisting local justice initiatives: helping them to execute their mission in a manner that is not prescriptive but collaborative, and sharing practical knowledge and experience in a way that allows them to determine and shape their own policies, procedures and techniques. There are many ways to do justice, both on the global stage and at the local level. If we bear these two elements in mind, we have a better chance of attaining the most elusive but valuable of goals: to do the work of justice and do it well.

Eliott Behar is a former Canadian criminal prosecutor, international war crimes prosecutor, and author of the book Tell It To The World: International Justice and the Secret Campaign to Hide Mass Murder in Kosovo. He runs an international legal and consulting practice and has worked as a JRR expert in The Gambia and Northern Iraq.