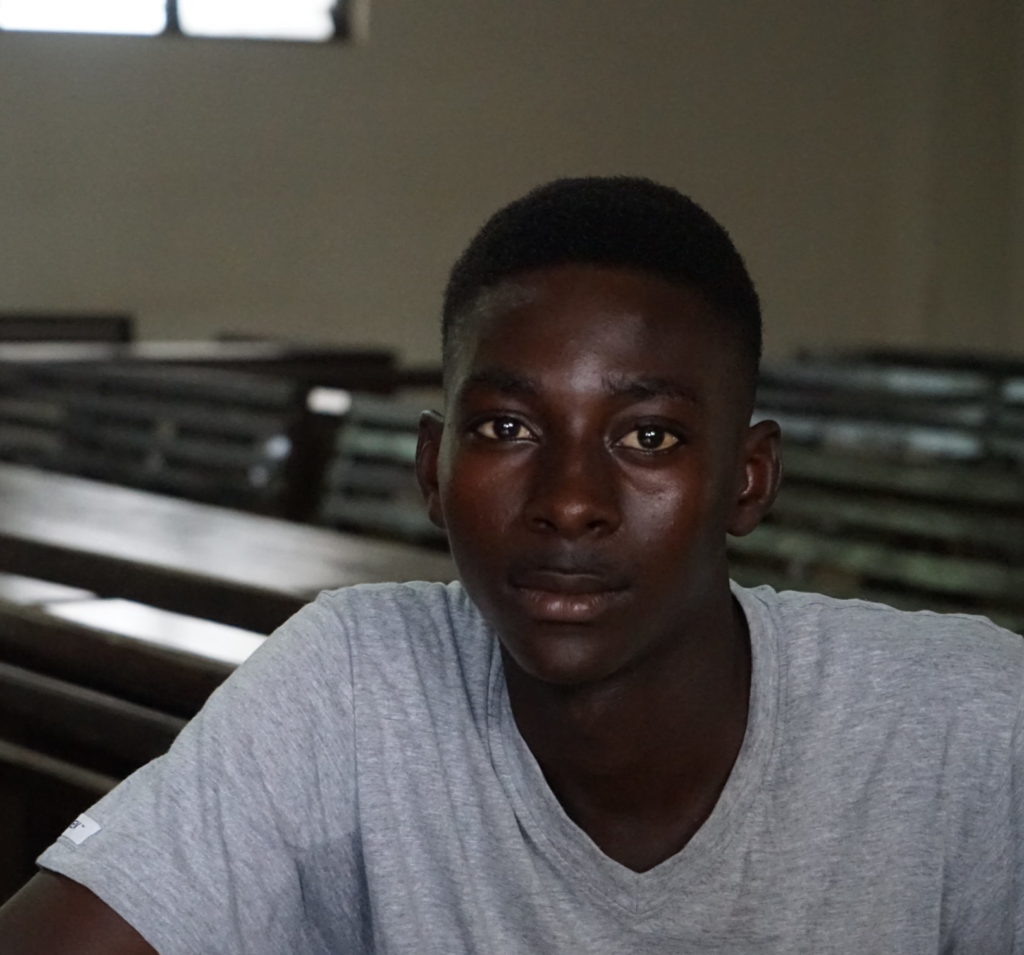 Muhammed Sandeng, activist and son of the late Solo Sandeng who was tortured and killed in detention during Yahya Jammeh’s rule, sitting in the courtroom in Banjul where his father’s case is being heard

The Gambia’s High Court has convicted six members of the former National Intelligence Agency for their role in the 2016 killing of political activist Solo Sandeng and other crimes, including inflicting bodily harm to others arrested at the same time. Sandeng and other members of his party were arrested in April 2016 during anti-government protests. He died in custody two days later, having been subjected to beatings and torture.

Justice Rapid Response contributed directly to the Gambian prosecution’s success in this case [to find out more watch this video in which Sandeng’s son spoke to Justice Rapid Response about his father and their fight for justice], in particular through the deployment of a small team of forensic experts.

At the request of the Attorney General’s Chambers, Justice Rapid Response deployed a forensic pathologist, a forensic anthropologist and a forensic geneticist in support of this case to The Gambia and carried out forensic analysis on a set of remains connected to this case. These experts successfully confirmed the identity and determined the cause of Sandeng’s death which provided key evidence to the prosecution team in support of its case. Both the forensic geneticist and the forensic pathologist then appeared as expert witnesses in the case before the High Court in Banjul in March and April 2019 respectively.

The High Court’s decision is the culmination of the work done by criminal justice partners in The Gambia, as well as the tireless efforts of Sandeng’s family – including his son Muhammed and daughter Fatoumata – who have been actively seeking justice for their father for the past six years. The return of Sandeng’s remains to his family will be an essential next step to provide closure for his loved ones.

Following the ruling, the six officials face life imprisonment. While they were sentenced to death, in practice these sentences will be converted to life imprisonment following the country’s observance of a moratorium on the death penalty since 2018. This had of course been a precondition of Justice Rapid Response’s assessment at the time of responding to The Gambia’s request for support.